Sewanee’s Theatre & Dance department will showcase their take on Kate Hamill’s adaptation of Sense and Sensibility this week starting on October 26 in the Tennessee Williams Center. The cast and creative team – a combined total of almost forty performers, artists, and visionaries – have spent weeks carefully crafting together a show that will bring out a playful, comedic perspective on Jane Austen’s original novel, while still maintaining at its core the emotionally moving themes of the author’s work. As director Sarah Lacy Hamilton stated, “If you are not a fan of Jane Austen, you can still enjoy this play.”

Hamilton highlighted an essential aspect of bringing Austen’s work from page to stage as emphasizing a certain weightlessness about the classic story. Hamilton, cast members, and creative team members focused on stripping the story of its heightened structure of the regency era and instead pulled more Romantic, ethereal elements from the era such as its fashion and settings that have a “garden party” feel to them.

In cultivating the “very playful, goofy, light hearted” tone of the play, the director used lightness,  which “in the theater can often be trivialized,” as a tool that allows for audience members to walk away from a performance with a good feeling.

Hamilton credits much of the achievement of this feat to Olivia Millwood, (C ’24), lighting designer and movement director. While the set of the upcoming show is simplistic, Millwood’s work includes planning out many intricacies that will help to display all of the details of Austen’s scenery that props and stage layouts may not.

“We create an atmosphere to help float with the story and tell the story while also keeping in mind the visibility and safety of the actors” Millwood said. This is one part of her work in light design. As movement director, she illustrated that she must ensure that with the fast pace of the performance, everything flows well while also still exuberating “this fun, middle ground [of] surrealism” between the historical era and some “modern touches.” Her work for this performance, which incorporates some of her knowledge from her background in dance and choreography, has varied from figuring out how to display a certain time of day on stage through lighting to creating a human carriage out of actors.

Kalia Thompson, (C ’23), playing Marianne Dashwood, included her own work in preparing for the performance such as, “trying to nail the British accent down” as well as her “regency posture” and “going big” for her character. Thompson described the importance of the play’s balance, not only between sense and sensibility, but also “the old and the new, [as well as] solemn and upbeat.”

She hopes audiences will take with them from the play a sense of this as well as what she has learned herself: “You don’t have to regret past actions and can find happiness in learning from them.” She extended her gratitude to all of those involved both behind and in the scenes and looks forward to sharing “all of our hard work . . . with the Sewanee community.”

“Sarah says . . . this show is always in the balls with speed and never should go back on its heels,” Amelia Barakat, (C ’25), playing Elinor Dashwood, said when describing the speed of the performance.

Such a fast pace demands constant and careful awareness of one’s role at all times, an awareness Barakat has built through studying outside sources such as the original novel, other adaptations, and even The Crown and Downton Abbey and Harry Potter at times, as well as her peers. 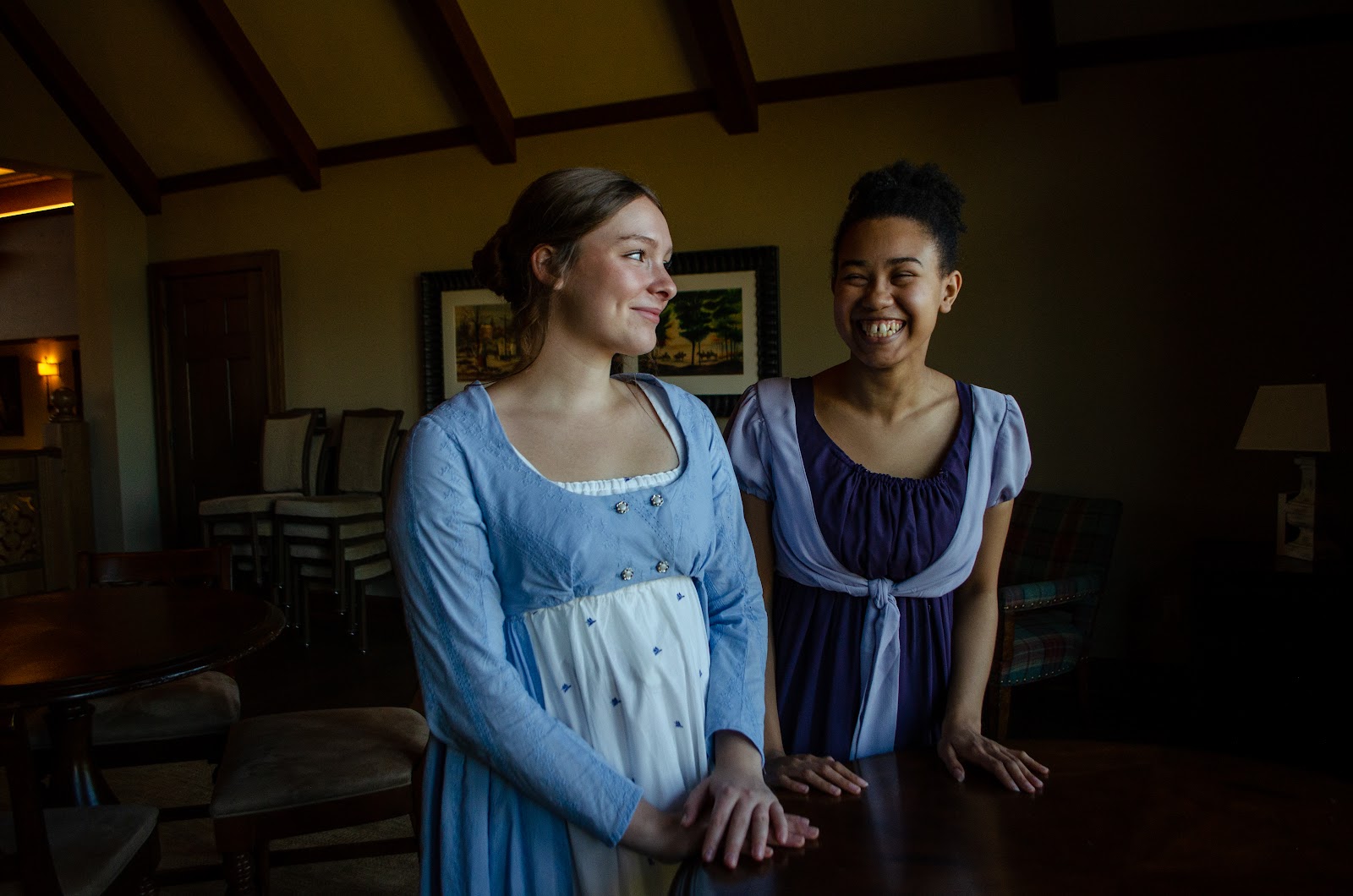 As a freshman, she got “to see the upperclassmen perform and they’re all so great,” and now as a sophomore, she again emphasized the importance of those in the theater around her. “You want to build each other up, you know, and build the scenes up together, not break them down.”

Among these peers is the costume team, whom Barakat states “have been working really, really hard . . . I just think they’re really going to bring the whole show together and really put it in the period.”

Those who would like to show their support for the Theatre and Dance department and celebrate all of their hard work can reserve their tickets now to catch any of the performances showing from the 26 to the 30. They are sure to, as Hamilton said, “enjoy seeing the story that they know and love with the characters that they love”  approached in a fresh, playful way. 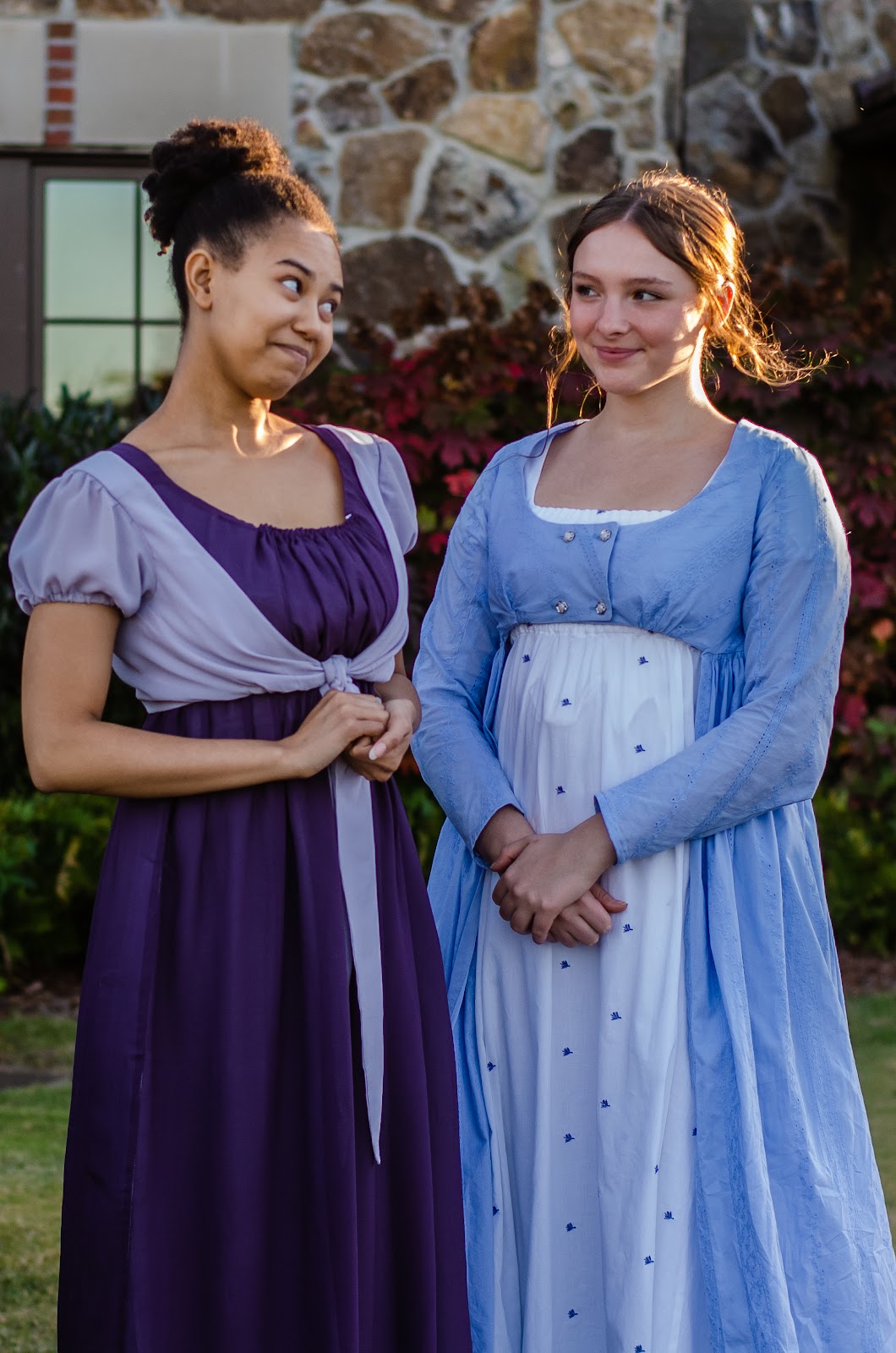